(Based on a true story.)

Darling Daughter: Mom, I wanted to talk to you about something. You got a minute?

Marvelous Mom: For you? Always. Let me to stop supper from burning.

Darling Daughter: I just want to make sure that you and Daddy were aware that most likely I’m going to relocate to California after I graduate law school.

Marvelous Mom: Well, I wasn’t sure about the “most likely” part, but I knew it was a possibility.

Darling Daughter: So, I want you guys to be about a three-hour drive away from me.

Marvelous Mom: You mean a three-hour flight away from you, don’t you?

Darling Daughter: No. I said drive. I meant drive.

Marvelous Mom: So, let me get this straight. You want to pack us up, and relocate us somewhere in California that’s three hours away from you. Did I get that right?

Marvelous Mom: You are the most adorable daughter in the world. Sure, we can figure something out. Where are you going to be? We can’t relocate within three hours from you if we don’t know where you are.

Marvelous Mom: How far away is San Diego from LA?

Marvelous Mom: I guess we could check out San Diego.

Darling Daughter: Or San Francisco… Let’s see, San Francisco would be about four hours… Okay, I’m amending the last rule. You’re allowed to live somewhere within a four-hour drive from me.

Marvelous Mom: Wow, you are so gracious. Like I said, we’ll figure something out.

Darling Daughter: Mom, I just wanted to tell you that I might end up in New York after graduation.

Marvelous Mom: Well, it sure would be nice to have you in the same time zone as us, but why?

Darling Daughter: It’s just in case I don’t get the job I want in California, and there’re some great firms in New York.

Marvelous Mom: We’d love to have you that close, but I’m sure you’ll land your dream job, and live happily ever after.

Marvelous Mom: So, does that mean we still get the five-hour driving radius?

Darling Daughter: It was four hours. And, you don’t need that. You guys will be only two hours away.

Marvelous Mom: Four. Five. Either works for me. Besides, maybe we don’t want to stay in Connecticut. Maybe we want to go explore a new community.

Darling Daughter: Mom, if I got a job in Connecticut, do you think I could live in the same building where you are?

Darling Daughter: Well, yeah. It’s just in case I don’t get the job I want in New York. I could get a job at ESPN and live in Bristol.

Marvelous Mom: Sure. We can figure something out. You could always live at our place.

Darling Daughter: I don’t want to live with you!

Marvelous Mom: I don’t want you to live with me, either.

Darling Daughter: Then, what are you talking about?

Marvelous Mom: I’m assuming we still get the six-hour driving radius. We can go anywhere.

Darling Daughter: That was four hours, not six.

Marvelous Mom: Four. Six. Either works for me.

Darling Daughter: If I’m going to move back here, why would you move away?

Marvelous Mom: You got me all excited about a change of scenery when you mentioned California.

Darling Daughter: You were only supposed to move if I moved.

Marvelous Mom: Don’t worry about it. Like I said, we’ll figure something out.

Currently, Darling Daughter lives in California where she landed her dream job. Marvelous Mom and Dynamic Dad still live in Connecticut. In case you didn’t know, that is more than a four-hour drive, but we’ll figure something out.

When your ego tells you, “You’ve been writing long enough. You should have something done by now,” tell it to chill out. How can you possibly determine how long it will take you to complete your project when you have never done it before? C’mon, cut yourself some slack. 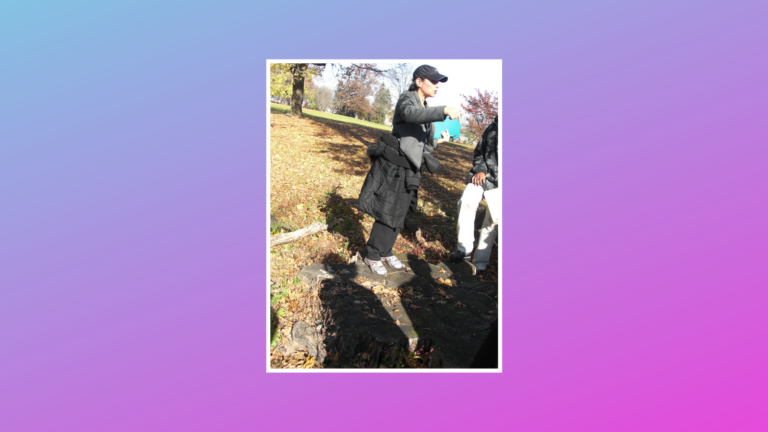 Officer Mandel wasn’t terribly excited about my plan to go sit under the biggest tree this side of the Mississippi (some silliness about trying to run in flip-flops across three lanes in the middle of rush hour traffic, and leaving behind my AC). The officer sat behind me, flashing lights providing a buffer against the traffic that had been previously zooming around the curve.

My friend Bill and his wife were both showing horses in a Texas competition, one of their many friendly rivalries. Although Bill had one of the best performances of his career, to his surprise he failed to place even in the top ten. His wife, on the other hand, was named champion after what he…

The first hint that school is around the corner is the suddenly cool evenings in August. The second is the first orange leaves scattered among the trees. The third is the endless commercials for Back to School sales. I decided to celebrate the return to academia with my own way…

Who doesn’t crave a good pizza now and then (especially when you are worn out and want someone else to cook)? I admit the following was not written by me. Someone else emailed it to me, and I don’t know the original author, but since it made me laugh, I’m sharing it with you! Ordering…