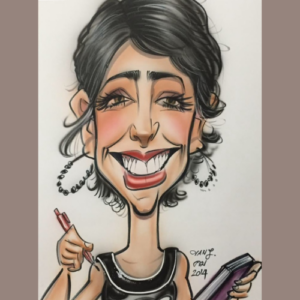 My friend Bill and his wife were both showing horses in a Texas competition, one of their many friendly rivalries. Although Bill had one of the best performances of his career, to his surprise he failed to place even in the top ten. His wife, on the other hand, was named champion after what he felt was an ordinary ride. He withstood her good-natured ribbing until he had had enough.

Turning to his mental man-cave by escaping into a book, he picked up his copy of my first novel, Fairly Certain, a story about a computer geek who falls out of a Connecticut tree, and wakes up in Medieval England.

Bill just happened to open the book in the middle of the conversation between Petir and Maid Rianne on competition.
Awestruck by the coincidence of finding the exact words he needed at the exact time he needed them, Bill highlighted the passage to share with. me later. The next time we talked, he told me this story, and then read me the passage from Fairly Certain.

Here it is, where Petir says to Maid Rianne:

“I understand enough about competition to know the only one you really compete against is yourself. Win or lose, you have to ask yourself, ‘Did I do better this time than I have ever done before?’ Who cares if you win against a bush-league opponent if you played your worst? Where’s the honor in that?
But if you achieve your personal best, who cares if you lose? You have no control over who shows up to compete. You only have control over who you bring to compete.”

As a new author, it was an incredible moment for me…in fact, the perfect moment to steal a line from the movie classic, When Harry Met Sally (1989).

“No one has ever quoted me back to me before.”

How cool was that?